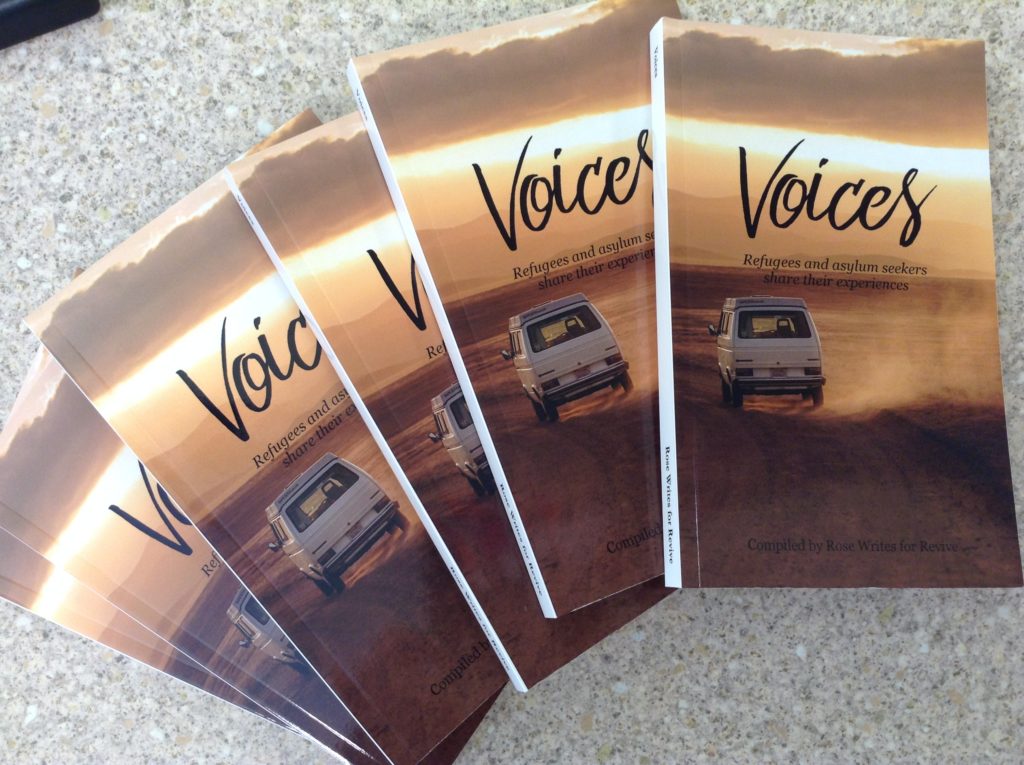 18 months ago I approached Manchester-based charity Revive with the hope of lending a hand – not through my professional services, but in a practical capacity. Deeply saddened by the refugee crisis and the treatment and attitudes towards the millions displaced I had dropped off clothes, toiletries and food at aid centres, but I didn’t feel as though I was doing enough. I contacted Revive to see if I could assist with admin, companionship and general support – but it soon became apparent that the best way I could help out would be to use my professional skills to raise awareness and promote the charity’s work both to people who need the services they provide and the wider community, as well as government agencies. They told me they desperately needed copywriting and proofreading support – so of course I was more than happy to help out in this way. Fate brought us together – and since then I’ve been writing and editing blogs, putting together official reports and completing annual funding updates and newsletters.

It was around this time that I first had the idea for Voices. I shared my concept with Revive, and they also agreed that it would be an important and interesting project – one that would hopefully change perspectives, raise awareness and increase understanding at a time when a bombardment of negative propaganda overshadowed the truth. This project has been a long time in the making – so today I am incredibly pleased to finally announce that Voices is available for purchase. I’m so proud to have been involved with this incredible project and to be able to share the stories of these amazing people with you!

At the height of a very high-profile refugee crisis we felt the ‘other side’ to largely negative propaganda needed a voice – an outlet that placed a spotlight on the emotions, experiences and expectations of people seeking asylum in the UK – elements that were often ignored. Fast forward 18 months and these accounts are more relevant than ever before – as press interest fades, the issues they face are largely forgotten.

I arranged these words into a book – but they don’t belong to me. They belong to the people who courageously relived the past to raise awareness and everybody in a similar situation – despair, hope, love, loss. I can’t personally comprehend what these men and women have been through. Some of the stories do have a ‘happy ending’ – families reunited, lives rebuilt, progress made towards a better existence. Others are desperate and desolate – highlighting the many issues and prejudices that shame our government and the international community. I think the book is a raw representation of what it is to be human, yet not be recognised as such.

This was an incredibly special experience. It was such an honour to work with this wonderful charity and to be trusted by these amazing people with their precious and moving stories of hope and survival. My objective reflects those of the men and women who so bravely shared their stories. Our collective hope is that this book raises awareness and offers a new perspective to provoke action and meaningful, sustainable change that starts with humanity and kindness. Please support us in celebrating humanity, encouraging togetherness and promoting compassion and empathy above all else.

To mark the launch of the book I have included a selection of synopses below. These really demonstrate how varied the experiences gathered are and the range of emotions shared so candidly – from bittersweet gratitude and relief to anger, grief and despair.

Roudo is strong, fierce, and incredibly determined – like many of the women I was fortunate enough to speak with. She gave her account with absolutely no holds barred – having endured fourteen long years in limbo at the mercy of an unfair and punitive system that restricts asylum seekers and forces them to live in poor conditions with low quality of life for indefinite periods of time. Although she was fearful of repercussions from the Home Office, she felt it mattered more for people to know and understand what she (and many others like her) are going through. She describes the indignity and despair of losing everything – reduced to borrowing basic essentials and using a bucket in her room as a toilet because of ongoing health issues. Roudo came here fearing for her life, with the hope of building a better one. Now almost a decade and a half later she is trapped, fighting the emotional and physical impact of surviving without the right to work, learn or help her family, as was her principle aim. This week I met up with her again to show her the finished book. She told me: ‘I think it means more when we share creatively. The written word, drama, art – they all have more impact and get our message across much more effectively.’

I spent well over an hour with Tekleab and his interpreter as he recounted his harrowing story of survival. His journey to the UK was a truly arduous and lengthy ordeal filled with horrific events and terrifying uncertainty. Having left Eritrea after being forced into the army at a very young age, he paid thousands of dollars and risked everything, placing his life in the hands of smugglers who transported him to Sudan before setting off across the Sahara. Throughout his journey Tekleab witnessed and experienced unspeakable tragedies and endured harrowing encounters – one after the other. He was refused asylum initially, but eventually it was granted and this has given him hope and an opportunity that he is hugely thankful for. He especially loves the people in Manchester who are ‘smiley and friendly’ – and says he owes the chance to start a new life to his determination and ambition.

Ibrahim left his family in Sudan, hoping that he would be able to bring them here to safety. His was the 1000th family to be reunited by the British Red Cross – after a year of waiting and worrying, he couldn’t be happier. Although it was an incredibly difficult choice to make, Ibrahim is positive and excited about the future and looks back on his experience with positivity and gratitude. Although at the moment it is difficult for him to find work (he is a qualified doctor), he is optimistic and says that the most important thing is that he now knows his family are safe, with a bright future ahead.

Alimatou fled her home country in 2011. Forced into an arrange marriage by her parents, she endured domestic abuse daily whilst also dealing with the expectation of performing FGM on young girls. One day she decided that she had to fight back and attacked her husband after he threatened to kill her. After that she ran away for a while, but when he brought her to London, she saw an opportunity to escape for good. With the help of a lady she had been staying with she feigned illness – promising him she would follow him when she was well enough. She suspected that the abuse she suffered at home wouldn’t be enough to enable her to claim asylum in the UK, and sadly she was correct. She has been denied refugee status for over 6 years and is not entitled to support or a visa of any kind. Now she sleeps where she can and regularly goes without food and basic amenities. She is routinely denied accommodation support, and is unable to work, which is incredibly frustrating for her. ‘I think it’s important not to treat people like animals,’ she said, ‘Not everybody comes to the UK to claim benefits.’

For press enquiries or further information about Voices or to find out more about Revive and the work they do please get in touch.